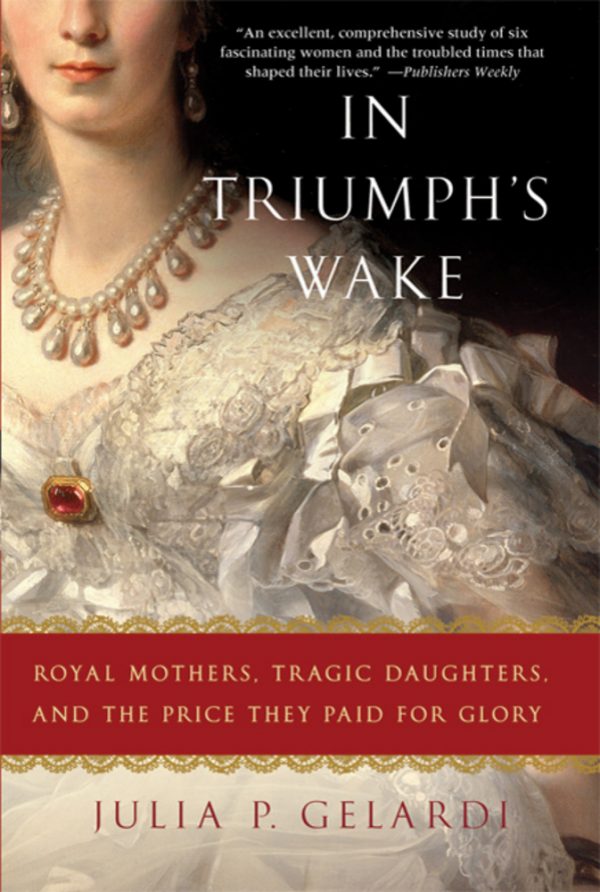 Royal Mothers, Tragic Daughters, and the Price They Paid for Glory

Exhaustively researched and utterly compelling, In Triumph’s Wake is the story of three unusually strong women and the devastating consequences their decisions had on the lives of their equally extraordinary daughters.

Queen Isabella of Castile, Empress Maria Theresa of Austria, and Queen Victoria of England were respected and admired rulers whose legacies continue to be felt today. Their daughters―Catherine of Aragon, Queen of England; Queen Marie Antoinette of France; and Vicky, the Empress Frederick of Germany―are equally legendary for the tragedies that befell them, their roles in history surpassed by their triumphant mothers.

Because of his doomed marriage to Queen Catherine, Henry VIII broke away from the Roman Catholic Church, triggering the English Reformation. To many, responsibility for the French Revolution and the Reign of Terror fell squarely upon Marie Antoinette. And Empress Frederick proved insufficient in getting Germany to rise to political maturity: under her son’s reign, the country plunged into the beginnings of world war. In Triumph’s Wake is the first book to bring together the poignant stories of these mothers and daughters in a single narrative.